This one’s always a hot topic – to believe or not to believe in the credibility of the spiritual folk? 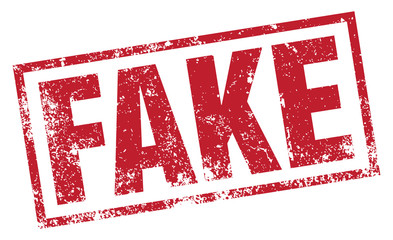 When people that claim they are spiritual, are seen arguing, yelling or being outrageous (basically, behaving like an average human), they are deemed to have faked their awakening. After all, how can someone spiritual be so insensible?

But have we ever taken a moment to reflect that people don’t just become saints overnight?!

And even saints don’t necessarily have it all figured out

When you listen to a spiritual discourse, sometimes, you’ll find the answer to your latest problem and begin to put the speaker on a pedestal. Unfortunately, as soon as we hear something questionable about this person, or observe a subtle flaw (arrogance, pride or mockery are good examples) we become clouded by the authenticity of this person speaking.

Is this just a fakir faking it?

In that, we lose our focus from the true purpose. It doesn’t matter who faked it.

It shouldn’t matter who spoke to you, only that what was spoken could benefit you or not. We’re not here to judge other people’s progress. We’re here to grow conscious of our own.

Think of it in this way, our temptations are like tests of our consciousness.

A temptation to gossip. A temptation to binge. To pick a fight with someone. To create drama. And so on. And at some point in life, everyone is reintroduced to the temptations they are trying to curb, to see if they can pass the test this time around.

So if you’re not conscious, you won’t even know what’s happening, you’ll keep falling into the trap, and it’ll become a vicious cycle. If you’ve just started living consciously, you may resist for a while but give-in whenever a push comes to shove. But essentially, it is every spiritual practitioner’s endeavour to overcome this temptation.

So, you see – we’re all just on varying levels of consciousness, awareness.

And in that, spirituality, or the expansion of our consciousness is not something that can be faked. There will always be people whose temptations overshadow their wisdom, claiming they know better than they really do. But isn’t that true for every face of life – there’s always someone too smart. And I agree, it’s difficult to take such people seriously. But still, here me out.

Learn from EVERYONE. Only use your discernment to gauge the credibility of the message, not the messenger. Are you doing something because you’re placing blind faith in someone else, or because what they said made sense?