The law of attraction and manifestation have been trending ideas, especially since the book, Secrets came into publication. A dear friend and spiritual writer, Shivangi shares her reflections from a quantum dream, in this post. I hope you enjoy it, just as much as I did while readying it for this blog!

For the longest time ever I had this innate desire to see what proceeds behind the scenes. I am talking about the theory that says, “All of our reality is a simulation”.

I am sure some of us have already come to this realization and are ready to see the world from a new lens. For those that are skeptical of it, I urge you to keep an open mind and let your experiences talk for themselves.

For those who are ready to sink deeper, here we go.

Seeing things from the perspective of the spirit takes practice. First, we need to detach from the limited mindset that the world is only the tangible reality that we are living in. We know that as we go into much subtler realms, we start delving into what’s called “spiritual” or “of spirit”.

Then, after letting go of our programming that does not serve us, we can finally embark on the journey of knowing our true nature. 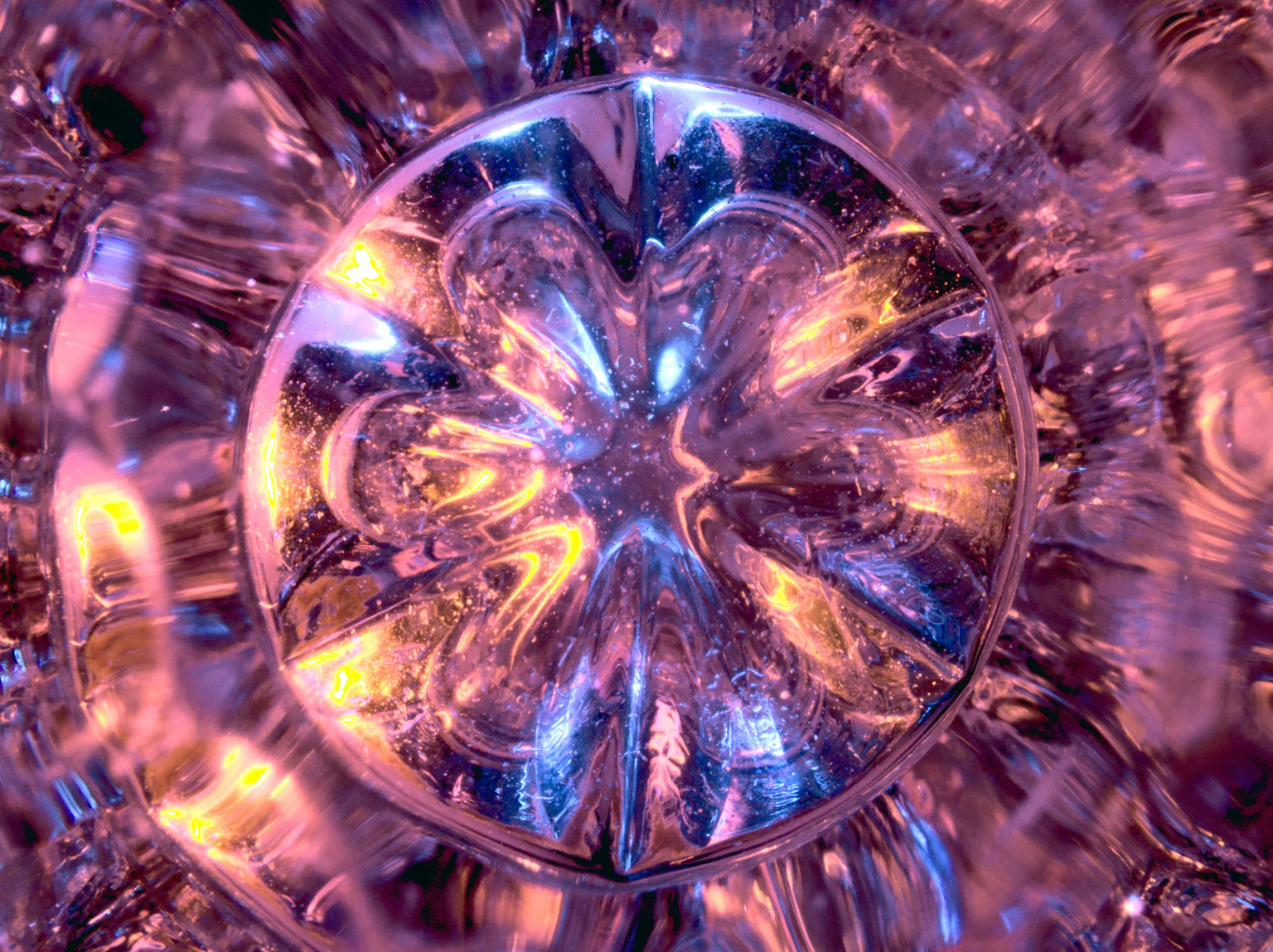 One such instance happened to me recently where I became aware in my dream state at the right moment in time. It was around 3:00 am on the day of Mahashivratri ‘21 (significance: it’s the time of the year when the veil that separates both the physical and spiritual worlds is the thinnest).

The following was the dream I had.

The place was dark and there were faint lights here and there. All souls were gathered on the edge of the crater-shaped hall. They were composed of light itself, therefore the need to see the place illuminated was not necessary.

In the middle of the crater was a tall structure composed of a slit in the middle (reference image provided). 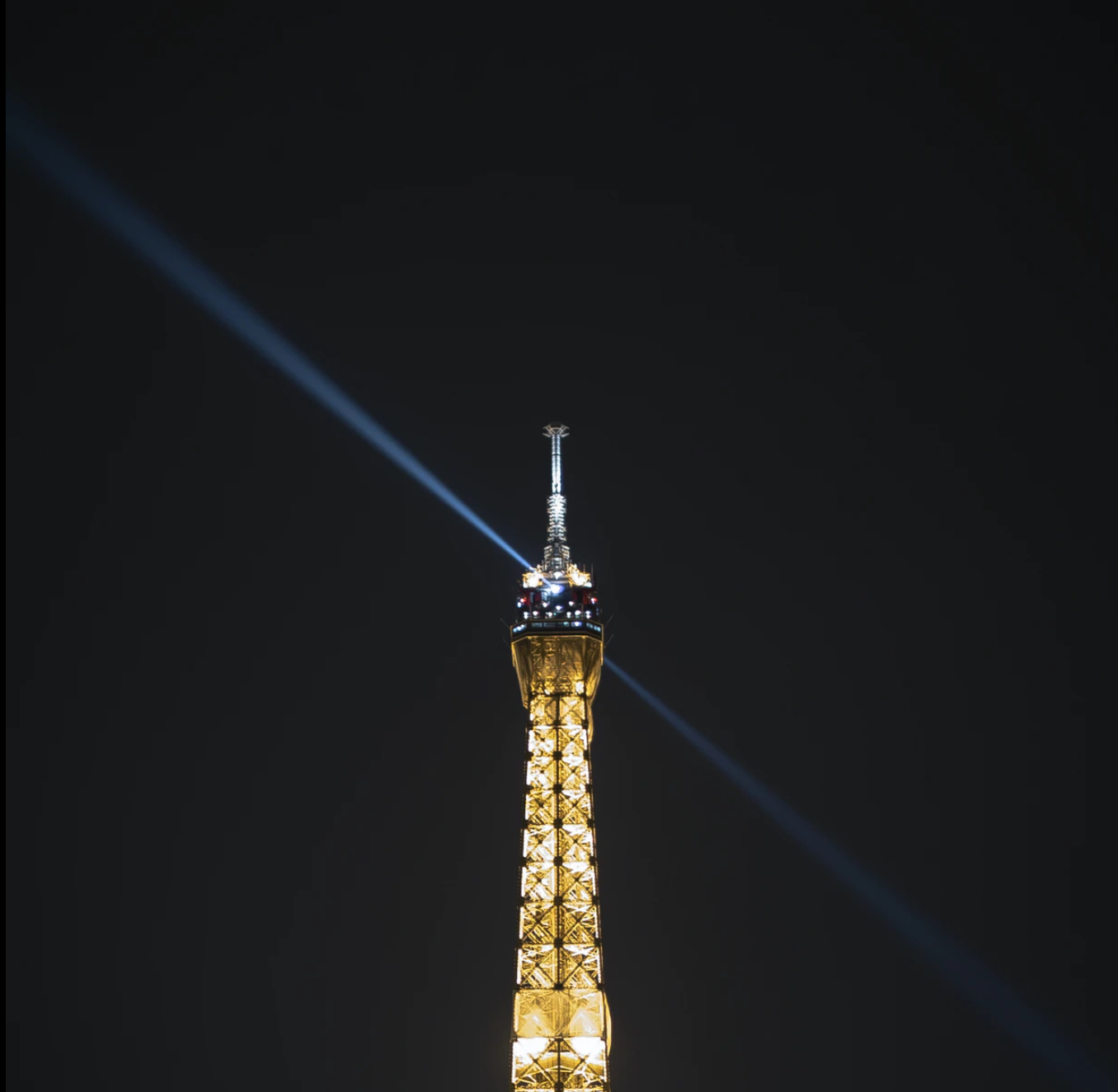 This highly advanced pillar (that looked like a monolith) had a special purpose of assigning a unique code to the light beam. There, I was talking to another soul that was explaining the scene to me. A universal commentary was continuing as each soul’s name was being announced.

One by one, the souls were called to the centre of the crater.

My friend-soul was telling me that, “it’s the process of manifestation”. A soul goes in the middle of the crater and stands right in front of the tall frame. It then gives out a light beam from itself which is captured by the slit and gets converted into a single beam of light. 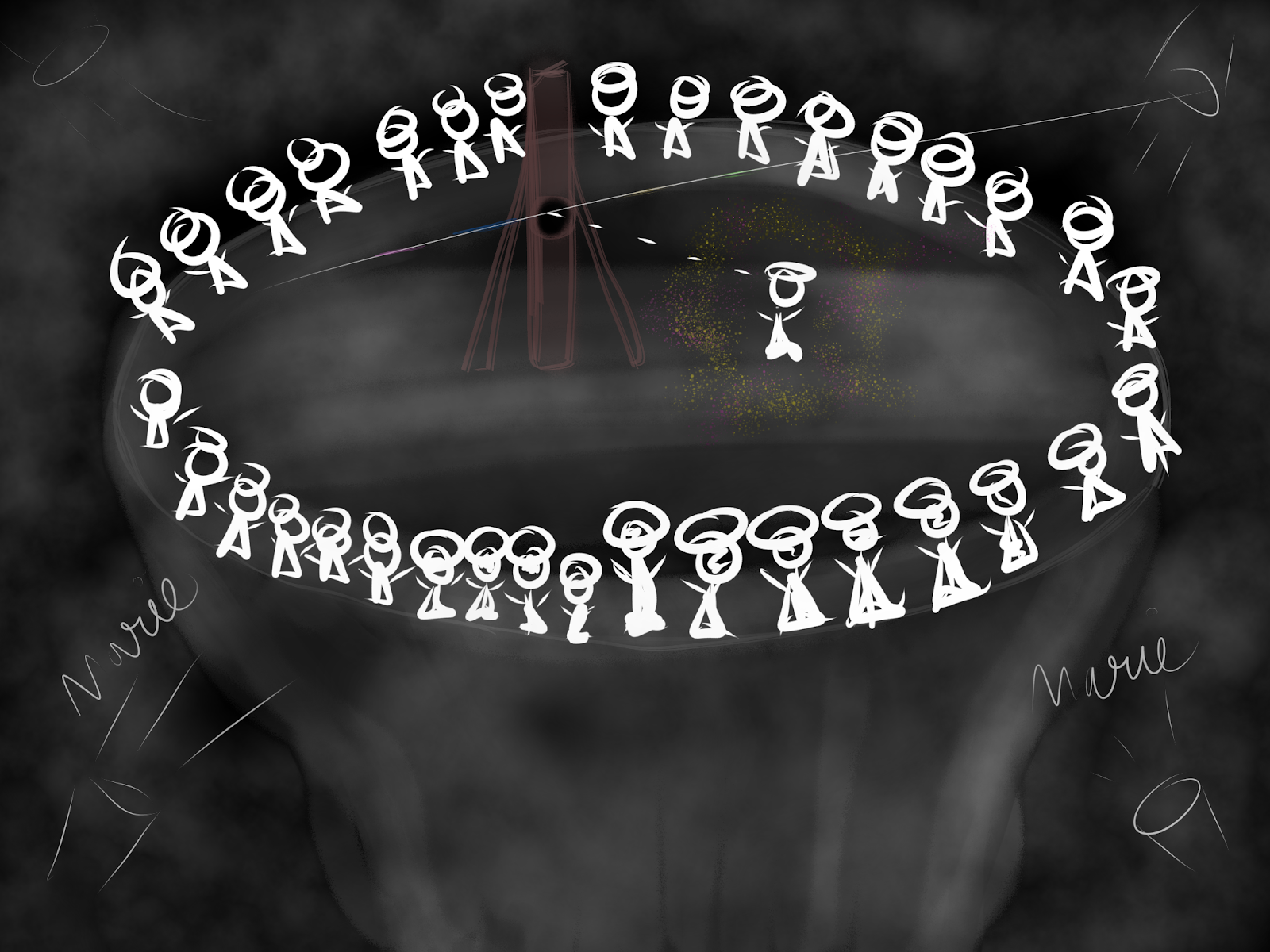 This beam of light was exactly how a single thread of spider-web looks like in sunlight. All the glimmer and shine made it look like a white light composed of several different colours.

This was a manifested wave and the process itself was something that I would call a “light transformation”. The unique code assigned to the wave then allows it to be placed at the exact position it’s supposed to. 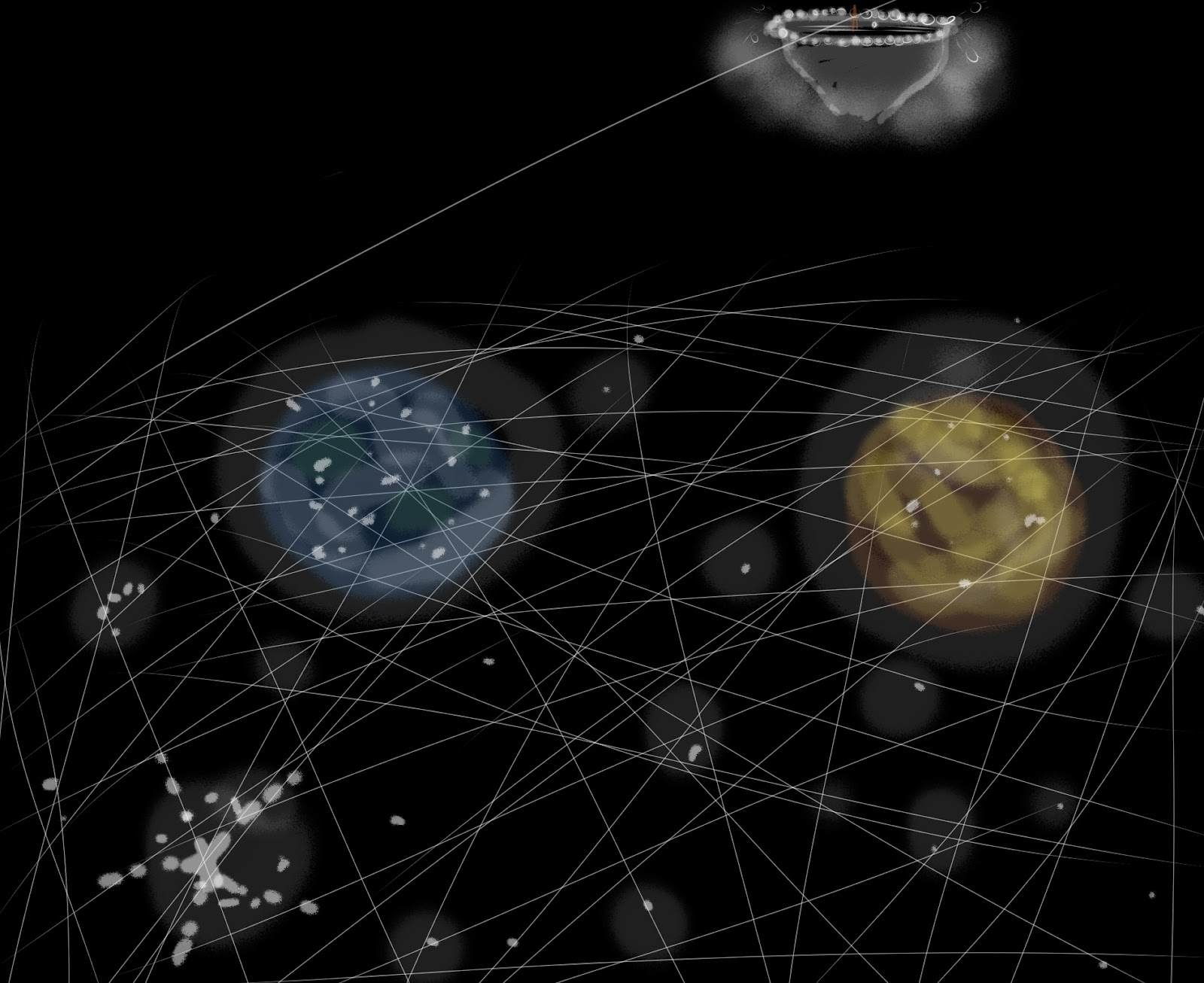 This wave would then be a part of the larger web that runs through every manifested structure in the universe.

Be it the galaxies, containing several different planets, going through all multiverses on a macro-level and on a micro-level. It encompassed all the things that you can see around yourself, wherever you are. The dream ended at this point.

How do we understand something that is God (the intangible, omnipresent, omnipotent) manifested? What does manifestation look like, technically?

This dream sequence gave me a sneak preview of how manifestation takes place in the higher levels.

We make symbols that represent a certain idea. Artworks that speak of an inexplicable concept, light language that can be perceived by the spirit directly, idols that relate to the representation of the most-realized divine incarnations.

Similarly, the light ray in the dream represents a single unique sound/light frequency which comes from an individual expression of the whole. That’s the process of perceiving the intangible in its manifested form. That was a way in which I was shown the greater truth. 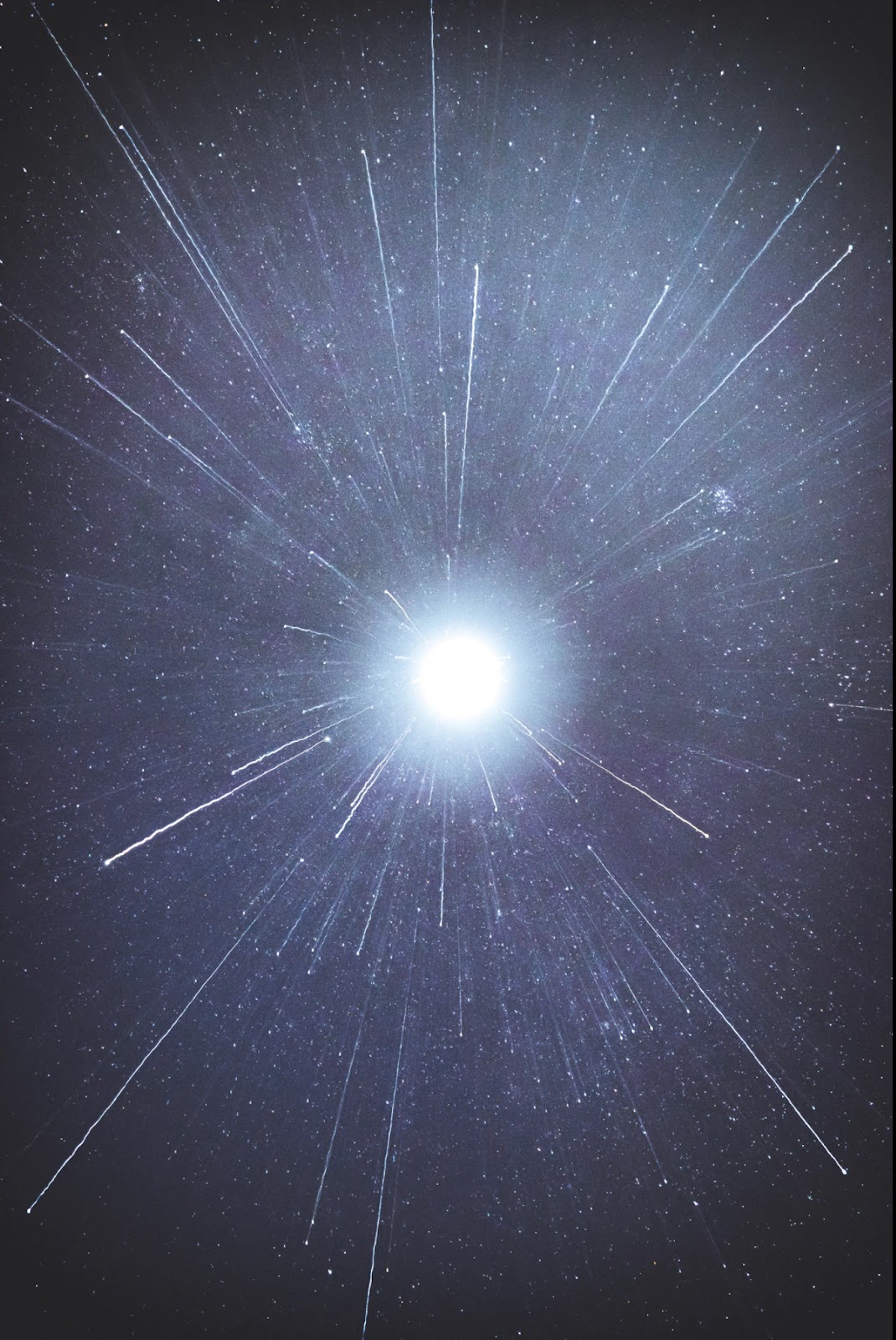 Our attempts in making sense of the world with our human minds is quite limited. The quantum dream that I was shown portrayed every thought/desire as a wave, which when gets packed into bigger bundles of waves, makes it manifest physically.

The light wave itself has a characteristic called frequency. The lower the frequency, the denser and more solid it’s perceived. The higher the frequency, the more spirit-like it is. Related to this is the next point which is the crux of this topic, which we already know as the wave-particle duality.

All of the matter that we see or not see is a light wave.

We know human beings have a limited spectrum from which they can perceive light. The electromagnetic spectrum itself might give you an idea about different realities. Since all the realities are separated by the frequency ranges, that makes us think that other beings (faeries, ETs) must be living in different frequency spectrums.

The concept of reality is so brilliant and the closest I can take this entire dream sequence to, is the scene from the movie Interstellar in which Coop enters the book kaleidoscope-like structure called the tesseract, which was created by “them” or the highly-evolved beings.

Fun exercises for you to try

On a similar note, here’s a small fun exercise that I’d like you to try out now, to see these waves of reality with your own eyes. Be in a dimly-lit place and squint your eyes while looking at a light source, like a lamp.

What do you see? Does it look like the bundle of light rays keep extending in a few directions? If you squint them further, you would be able to see all the objects’ waves. The same exercise can be done in a well-lit room but light rays from the source are more defined when the surrounding light is minimal.

Another exercise you can try is, when in a well-lit room, try focusing on the space in-between the objects.

Something magical that I’ve recently found out is right after waking up, when it’s still dark, go outside and see the moon or any bright light source. You might see a halo of perfect light around the object, even with your eyes wide open. You might even blink a couple of times but that bright halo would remain around it. Seems interesting, eh?

I’d like you to leave with a thought alongside the above exercises. Do you think that if you unfocused your eyes from the physical, you would actually tune into the spiritual?

Take a mental note of what you are seeing, when you’re un-seeing. And do let me know how it goes!

With this dream I’ve come to a certain level of understanding about the reality that we live in. And I hope to get more pieces of the Reality puzzle to be able to draw a clearer picture going ahead. At the end of all this, I would like to say-:

Well, this was a quantifiable dream and for you dear reader, dream lite! (puns intended)

Sending you love and appreciation,
SS

Shivangi (Skee) is a spiritual blogger, artist, nature & healing music-lover. She is a Lightworker dedicated to creating heaven on earth.

« Is Smoking, Drinking Or Eating Meat Bad For Your Spiritual Growth?
Archetypes: What They Are & 5 Books to Heal Your Archetypal Patterns »

Hello lovely soul, I'm Vasundhra! Come join me in my journey as I blend modern psychology and ancient spirituality to help deepen connection with Self, Source and Surroundings.

To all my “understanding” ones. It doesn’t have to be this way forever. 💜
This month, we unpacked this big idea in the MSS Tribe call with the help of some playful activities! Think about it, we can customize our music playlist, but the Universe doesn’t let us be picky about what life lessons we want to learn or not…
I don’t really talk about them, but they are my backbone. The ones that have brought me to life, over and over again. Across lifetimes and even in this one, nurturing me and restoring me through countless challenges that seemed to have otherwise knocked me flat on my face. 💜
Backstory for the inspiration behind this post: I don’t sit with my thoughts as much as I should. So I find ways to encourage my accountability.
My client J has been working on her self development for many years but came to our session feeling flustered by the fact that no matter what she tries, she can’t get over her ex. 😭
It’s 2023, let’s boil down the facts. You’ll want to take notes for this one 📝