Free will, Karma, Religion and many other spiritual concepts are understandable with the Universe’s Divine Laws. Check them out! 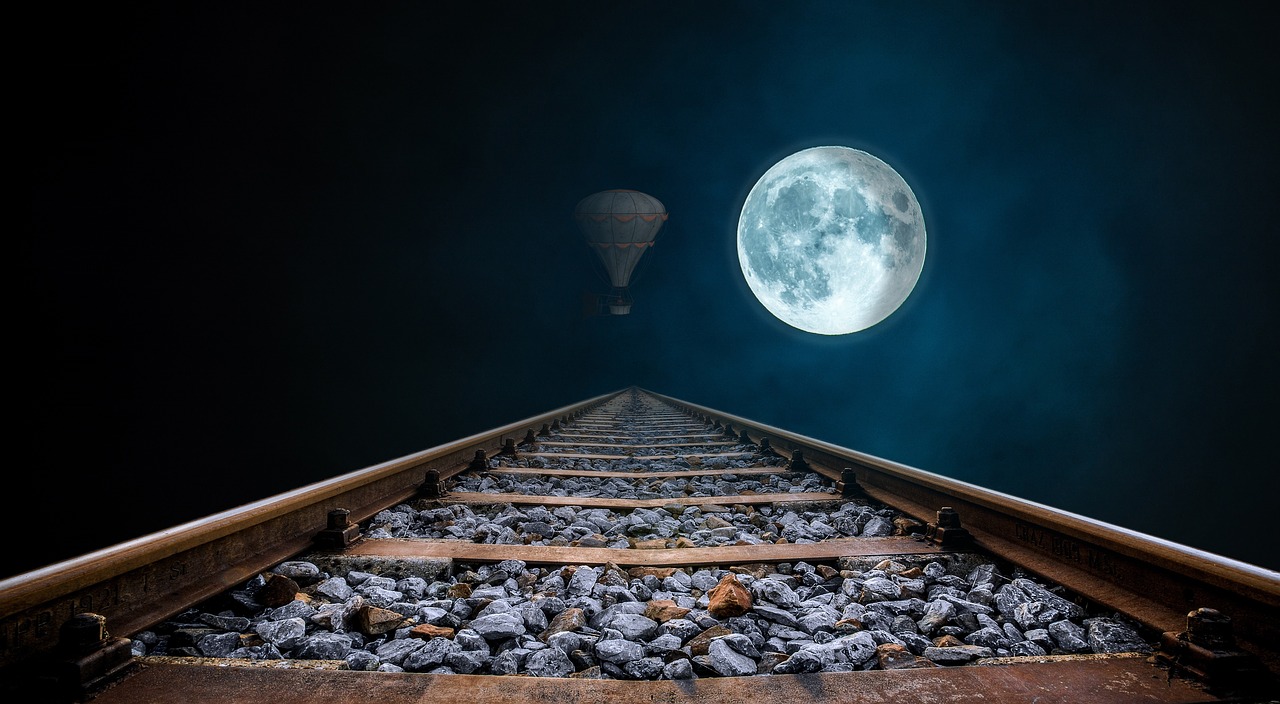 It’s important to become aware of the fundamental laws that govern our Universe, to build our spiritual foundation. But unlike societal laws, Divine Laws are never broken.

Even if you don’t believe in them, these Cosmic Laws still apply to you, and to every other form of energy, from a single atom to a giant blue whale.

I would consider them the starter pack to Spirituality, the things that we’ve known all along at a soul-level but have forgotten due to the ‘amnesia’ of our human life.

Everyone has the right to decide how they react at every instance in life. That means, among other examples, you can NOT use the law of attraction to attract a specific person into your love life. Hate to break it to you – but you have to stop blaming the Universe, and start respecting personal choices.

God does not micromanage, and we are not puppets. Which is also why God doesn’t “stop” wars or terrorism, or child trafficking – WE as a race, as a collective have allowed and brought this upon ourselves, and are thus accountable for it. It’s time we learn to take ownership of our actions.

This is probably the most misunderstood of all the divine laws.

Karma is simply restoring balance for all So any good that’s in your life, is also karma. Your well-being, your finances, relationships, friends that share good food and music, all are a reward of the good karma. So stop being scared of it because you will always get what you deserve, the good and the bad, both.

When you know you’re always being watched, you feel a growing responsibility to take better actions. As Maya Angelou says in this empowering video, just do right!

#3 – The Divine Law of Compensation

You’re not wrong to expect something in return for what you do for others. You’d wonder why despite all the good you do to someone, it doesn’t come back from them, and then you’ll hate God some more. Where’d all the good Karma go now, eh?

Well, that person is executing their free will in treating you with less love. That’s not your fault. The Universe however, will always compensate by bringing that love to you through a different means.

Let go – you will quickly notice someone much more loving come in his or her place. This isn’t just about romantic relations, it’s true for everything – you will find someone else playing the role of a better sister, brother, best friend, mother, father if you can stop being stuck on the one who’s failing to.

By holding onto toxic and less-than-deserving relations, you’re the one holding back from the Universe reaching out to you and delivering what you so desire (and deserve). This is what Marianne Williamson calls the Law of Divine Compensation.

#4 – The human law of going to churches, temples or mosques does NOT matter in the spiritual realm.

Praying in silence, with an honest heart does.

Divine laws like this eliminate religious myths and help us understand what truly matters. Think of it – God isn’t just sitting in a temple, rather is everywhere and in everything, always listening to you. Omnipresent.

Let me explain with a funny story.

A pastor and a taxi driver both died and went to heaven. St. Peter was at the Pearly gates waiting for them.’Come with me’, said St. Peter to the taxi driver.The taxi driver did as he was told and followed St. Peter to a mansion. It had anything you could imagine from a bowling alley to an olympic size pool.’Wow, thank you’, said the taxi driver.
Next, St. Peter led the pastor to a rugged old shack with a bunk bed and a little old television set.’Wait, I think you are a little mixed up’, said the pastor. ‘Shouldn’t I be the one who gets the mansion? After all I was a pastor, went to church every day, and preached God’s word.”Yes, that’s true. But during your sermons people slept. When the taxi driver drove, everyone prayed.’Source : Jokes Christians Unite

Krishna, Buddha, Allah, Shiva or Christ are not Gods, in the sense that we’ve made them to be.

They too are souls, just like us. They are however, Enlightened souls that became messengers of the Universe, spreading the message of Love and Peace, in dire times when the world was losing sight of its direction.

Respecting such Enlightened souls is great, following scriptures that talk of their Divine Messages is fine too, and through prayer you are simply seeking their support in your life – but no ‘God’ is better than the other.

Everyone is simply following their own Spiritual path, and invoking any ‘God’ is simply tapping into their unique strengths. We are all a part of the Universe, and thus there is only One of us actually here. The Ultimate Creator, and we are Him/Her existing.

If you’re really willing to open your mind, start praying to ALL of them. Having an entire team working with you increases your chances exponentially of gliding smoothly through life. Which brings me to the next point.

#6 – The Law of Divine Intervention

No one is keeping score up there, for how well you managed doing it all by your glorious self. The only thing being tracked, is how fast you’re Ascending and how humbly. There’s no need to struggle unnecessarily, there’s no need to reinvent the wheel. There are no brownie points for suffering more. That’s all there’s to it folks. Pray all you want – nobody’s judging you!

#7 – You are capable of becoming just as Enlightened and powerful as the God you worship.

You actually eventually will be, FYI. That’s the whole purpose of this journey, and the point of talking about these divine laws.

I can’t make as convincing a case in a few hundreds words, as a book could. So if you’re looking for a mind-blowing, compelling argument, Conversations with God is the book that will challenge your belief system about this.

#8 – The Divine Law of Absolute Justice

A major responsibility we have in life is to respond to the external events with acceptance, faith and grace. You need to understand the underlying lesson and approach it with learning, instead of anger.

In other words, if you’re not meant to die – you will survive that accident even if everyone else does not.

If you’re not meant to reach somewhere, you will notice indefinite hardships which eventually stop you from getting there.

These are extreme but important examples, because some events in our destiny are planned for us, to challenge our learning. Instead of denying or getting furious, it is better to quickly move into learning the lesson and growing your spiritual strength!

Fear rules our lives by preventing us from taking action, just because you’re scared something will happen to you. But, the Divine laws are clear – there’s no space for fear, only love!

#9 – The Divine Law of Infinite Possibilities

There are people who come to work everyday and crib about how awful it is. But, are we doing something about it?

The same goes for relationships – you give excuses in the name of ‘no choice’ to stay in unhealthy relations. And then, you mourn how poorly you’re being treated. It is true for everything in life. Anything you can crib about, is capable of being swapped for something better. It’s available, but the question is – how bad do you want it?

The Universe does not want you to be unhappy and the divine laws remind you that this is all really ego-talk and inner resistance.

Fear is making us too scared to explore, too afraid to step outside the comfort zone. And so you see, you’re the one that’s settling for less than the best. The Universe always has your back. You’re the one that needs to make a choice to want more. Once you do, it’ll come in a magnificent scale, something you won’t be able to even believe!

#10 – Synchronicities are milestones to cheer you on your path, there are no such thing as coincidences.

Have you ever experienced this, where you kept seeing, hearing and reading something from various sources? Where psychology will dial it down and call it Confirmation Bias, the Universe does not believe in coincidences.

Pay attention when the Universe speaks to you. If you’re looking for signs – stop ignoring them when they do happen for you! Angel Numbers, feathers, dreams and intuitive hits often become a huge part of these synchronicities we see.

Read More : Everything You Need to Know About Angel Numbers

Note: I’m not talking about social media websites drawing in ads of things you browse. That’s not the Universe, that’s just a lot of creepy AI.

All that being said, if you asked me where you should start from, I’d say start from here. Allow yourself to put these divine laws to test for you. Let the Universe work with you, with your consciousness focused on the way it works.

Once a month, I send a Self-Love and Spiritual newsletter containing highlights of my work and lots of free downloadable self-help material. Sign up to get exclusive content such as e-books, guided meditations and numerous other resources!

Processing…
Success! You're on the list.
Whoops! There was an error and we couldn't process your subscription. Please reload the page and try again.